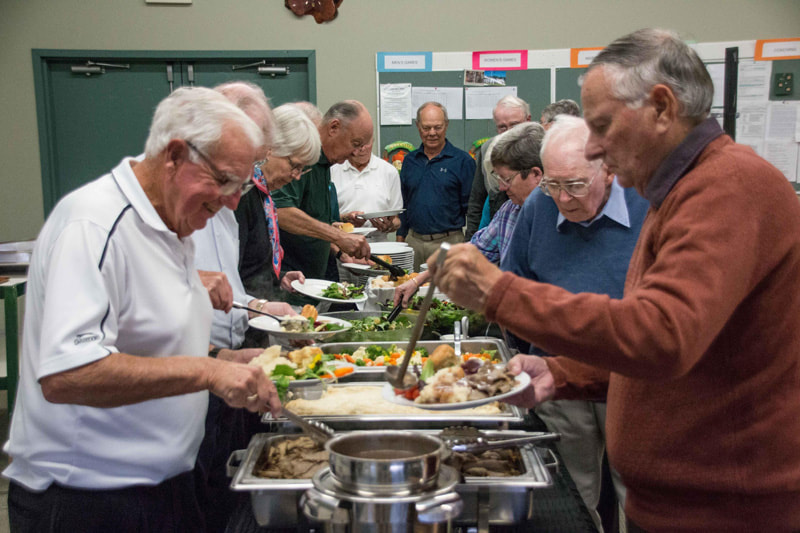 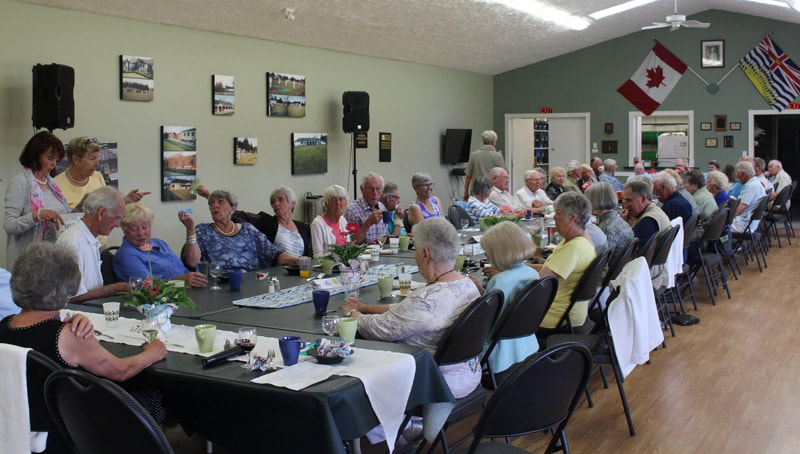 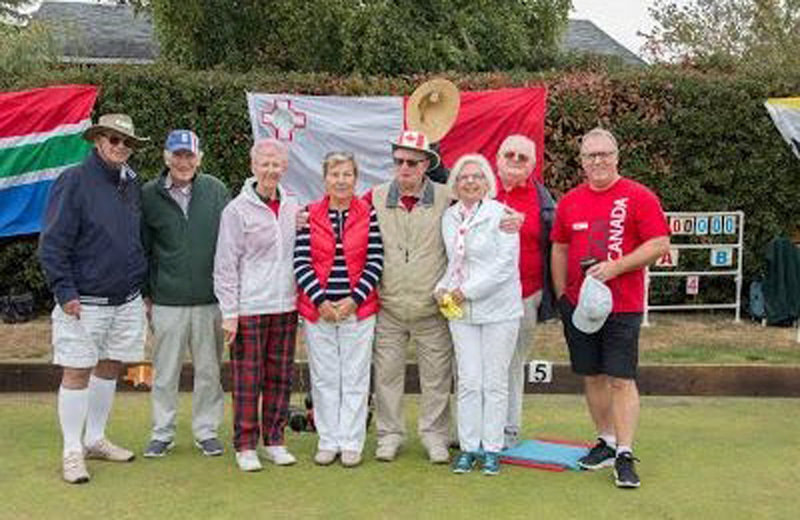 The club has a very active social calendar.

Lawn bowling is, by its very nature, a social event. So, in that regard we have hundreds of social events each year.

But beyond that, many of our lawn bowling events feature a social break with refreshments.
In the spring we have our annual Opening Day Luncheon signaling the opening of the summer bowling season.

At about this time we host our annual Learn to Bowl day and we tie that in with a Garage Sale which is a major fund raiser for the club.

At Christmas time we have our annual Christmas Bake and Craft Sale followed by our ever-popular Christmas party and Dinner which is very popular event.

For the past couple of years, we have had a New Year’s Eve Bowl and Appies with the added wrinkle of bowling by candlelight.   Not an easy task even indoors.

Most Friday nights during the summer and winter we have Friday Light Supper. During the summer there is a casual bowling game at 4:00 pm followed by a light meal – most often pizza. During the winter months there is indoor bowling and cards again with a light supper.

On Wednesday Afternoons in the winter members gather at the clubhouse to play cards or Mah-jong.

Our first major tournament of the year is the Presidents Trophy and at the conclusion members gather for a celebratory dinner.

Our annual Canada Day celebration starts with a sumptuous breakfast of pancakes and sausages followed by a game of bowls.

The Gunn Tournament is our second major tournament and this too is followed by a dinner in the clubhouse.

One of the fun tournaments in the summer is our Beauty and the Beast which sees the women playing the men.  It is, as you can imagine, ultra-competitive. At the conclusion members are treated to a barbecue courtesy of the club Youth program.

Later in the summer we have our fun International Tournament – where the teams represent the countries that the members come from (or at least wish to represent) and at the end of the day there is social get-together around the BBQ pit.

Towards the close of the summer season, there is a special day where the women bowl in the morning for a windup to their weekly draw and the men are in charge of preparing lunch for them. Then in the afternoon the men bowl for their windup and at the end of the day the women serve dinner.

The summer season winds up with a fun tournament, a bite to eat and the ceremonial lowering of the flag signaling the end of the outdoor season.

All in all, there are a lot of opportunities to mingle, socialize and have fun.